Back in 1993, I was hired for my first skating tour with Dorothy Hamill’s Ice Capades — Cinderella Frozen In Time. Two companies of the production were to be created at the same time, and then one tour would go to the US West coast and the other the US East Coast. Little did the skaters know what we were in for during the rehearsal period. We all showed up in Toronto with eager anticipation of the show that was to be choreographed. Tim Murphy and Nathan Birch were to be the choreographers and they, along with Dorothy, beli 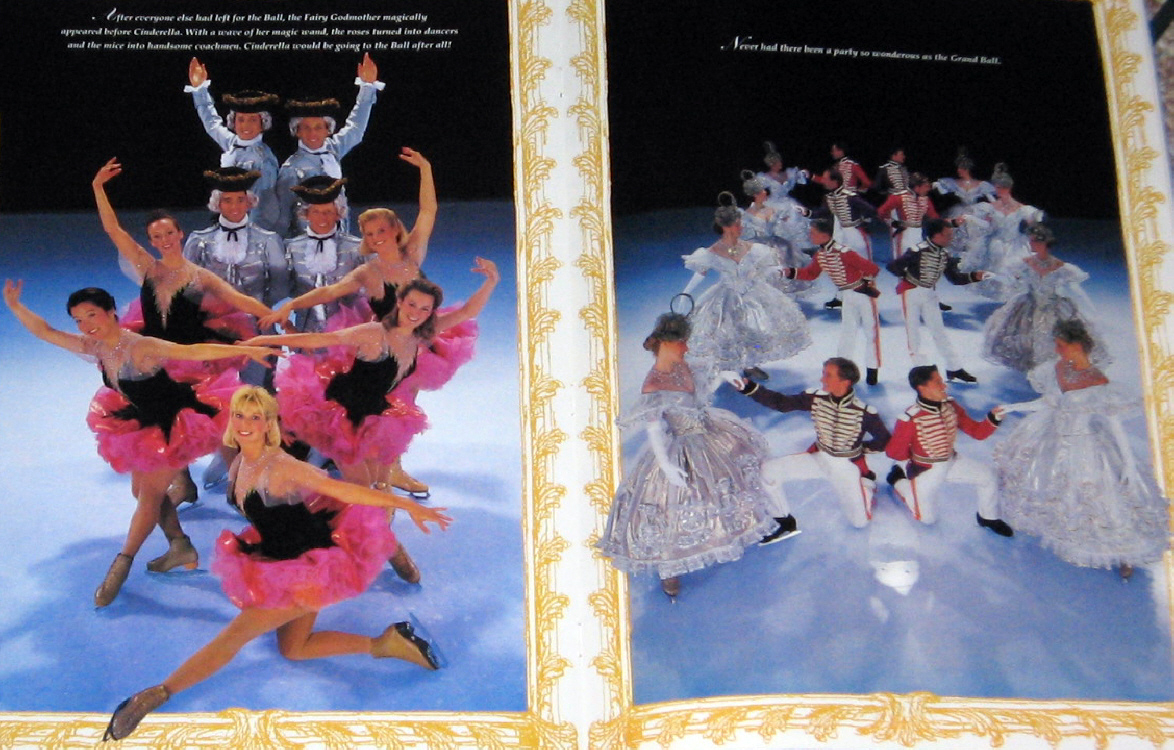 eved in “ice class.” So, each morning we would get up early and take a bus to the ice rink and begin an off ice warm up routine. Then, Nathan would read out a list of who was in which group of skaters. There were four skaters per group and the first group was the best to be in and the later group the worse you were doing. We all strived to get into a higher group and knew that if we didn’t that we had a lot more work to do before the next morning.

After that, we had a few minutes to get our skates on and then we began a two hour class on the ice — all before the actual show rehearsals started! As hard as this was, I can safely say that everyone learned a great deal about working together, edges, movement, flow, leaning into your circle, all around balance on the ice.

After about eight weeks, there were two beautiful shows put together. The concept was totally different than anything that Ice Capades had ever done. It was basically a theater production that toured arenas. Unfortunately, the audiences that came to see the Smurfs and the “glitz and glamour” did not buy what we were selling as much as they did before. Another production called “Hansel Gretel the Witch and the Cat” was produced but was abruptly canceled half way through the tour. The Cinderella production managed to tour for two more years and did quite well in the smaller markets.

For the skaters, the lessons we learned and the “ice class” that we mastered was invaluable. I think that all of the skaters who were a part of that show came out as much better skaters and performers. As hard as it was, day after day, week after week, I am thankful for the experiences that I had to challenge myself to survive in that environment. That show set me up for a wonderful show skating career. Thanks Tim, Nathan, Dorothy and every skater involved.