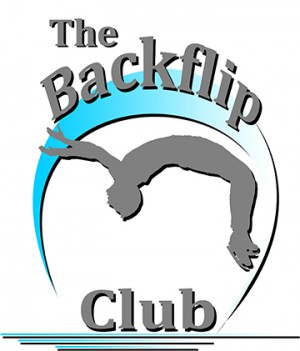 Did you land a backflip on ice skates? This crowd-pleasing skill has been around since the 1950s, but very few have mastered it, yet alone performed it in a show.

Send us a photo, along with your best recollection of the date you first landed it and how you learned to do it! We’ll post it on our Facebook page and on our website. 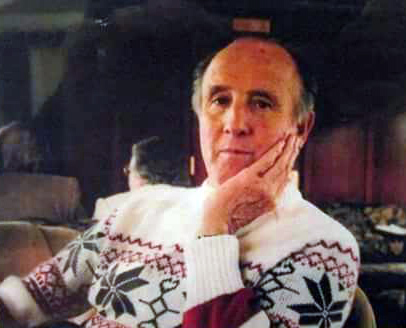 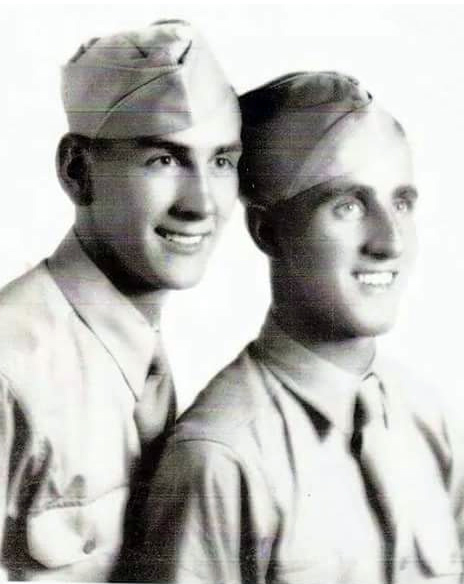 Skippy Baxter may have been the first to land the backflip on skates as a professional show skater.  His daughter, Debbie, reports that her uncle Meryl Baxter actually taught her Dad how to do the flip. He’d seen others doing the backflip at the coast in the sand and tried it on ice at the Broadmoor Skating Club while stationed in Colorado for basic training in 1942 or 1943. They were both in the 10th mountain division — the ski patrol!

Reportedly the fourth in the world to land a backflip, Russell Mullen skated with the Ice Capades in the 1940s.  He is pictured below landing a backflip on outdoor ice in New Hampshire in 1949. 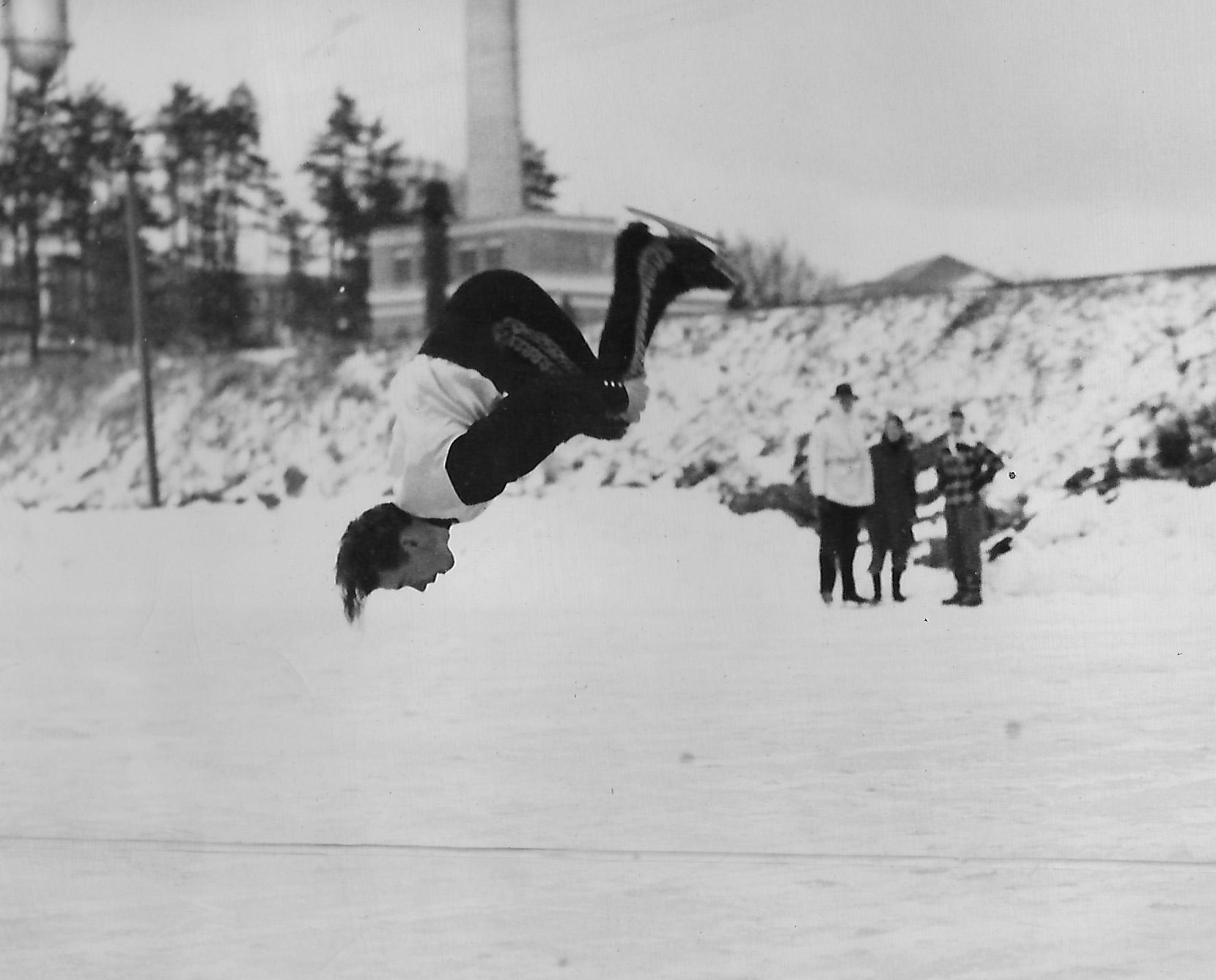 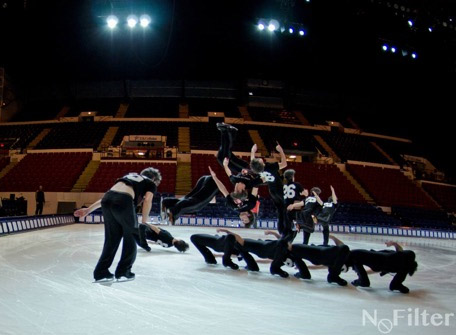 Adam Blake is doing a backflip in this time-lapse photo, and with a little photo editing, he is sailing over his own cantilever!

Adam learned to land the backflip under the tutelage of Larry LaBorde at the Ice Chalet in Knoxville, Tennessee in May of 2007.

Other members of The Backflip Club:

We’ll add more information and history as the club grows!  Your contributions are invited. 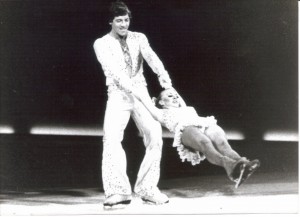 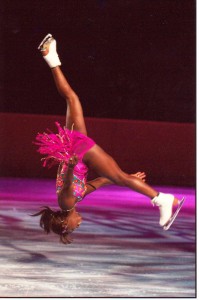 Surya Bonaly landed on one foot! 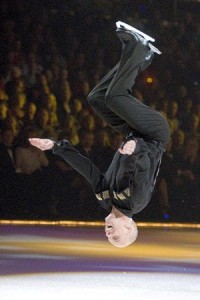 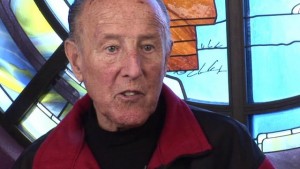 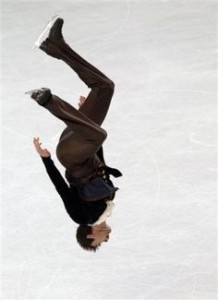 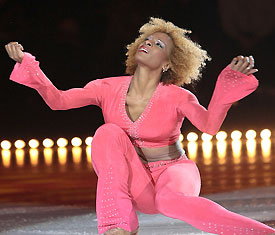 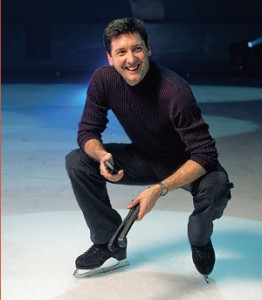 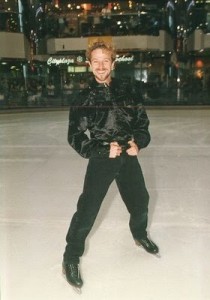 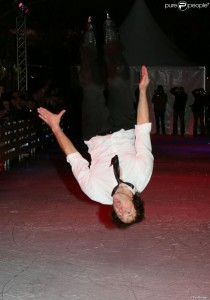 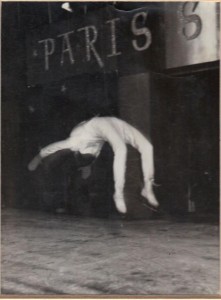 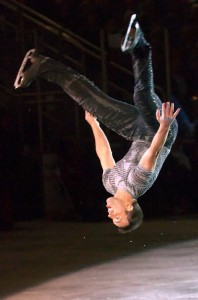 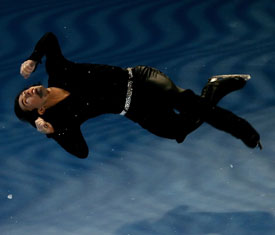 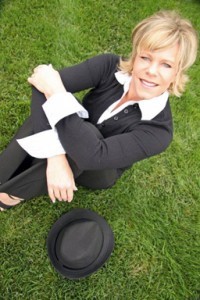 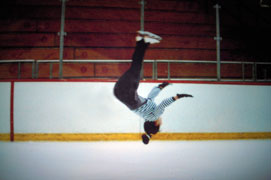 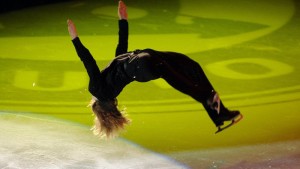 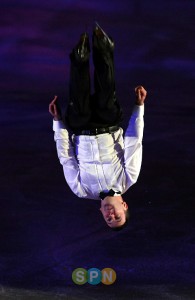 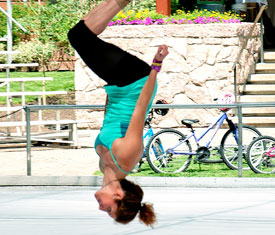 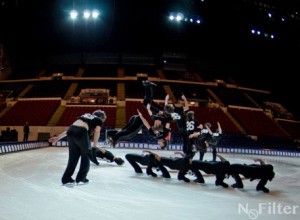 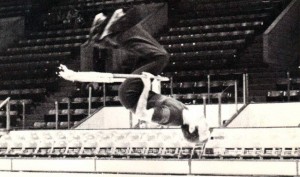 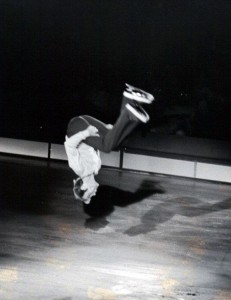 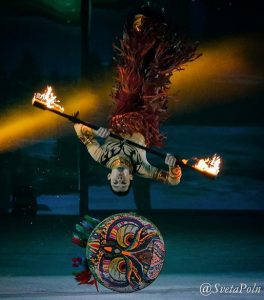 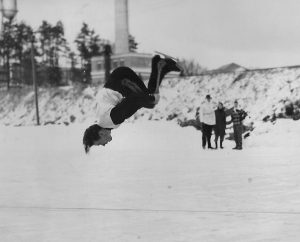 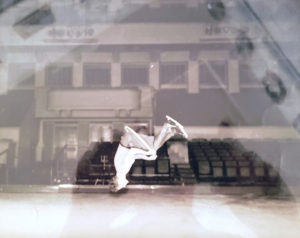