The following is an excerpt from Eddie Shipstad, Ice Follies Star (pages 98 – 101) [sic] . . [T]heir show as a good one, but no matter how good it was, if they could not get people to come to see it, they would very soon be in serious trouble. From Kansas City they went to St. Louis where they fared little better in attracting patrons to their show. Now there began to be talk about throwing in the sponge, but the three partners had too much invested in the enterprise to give up so soon. The other members of the cast agreed, but reluctantly. But it took more than this to discourage Eddie, Oscar and Roy. By the time the show reached Philadelphia, the faith and determination of the three young men began to show results. To their joy and relief, the ill-fortune which had dogged their efforts disappeared in Philadelphia. Their itinerary included a two-night stay in the City of Brotherly Love, and true to its name, it w 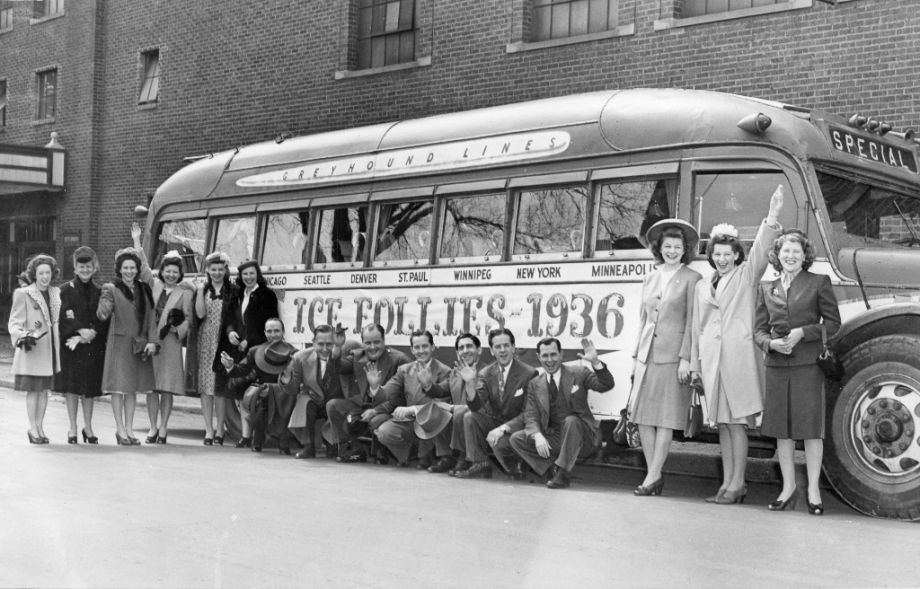 elcomed the discouraged little group. It was there that their fortunes took a turn for the better; Lady Luck and good Dame Fortune were both awaiting them there. They had been tested and found worthy of their blessings. Then, learning that their Nordic stock was truly the intrepid kind that had made their ancestors known throughout the civilized world for bravery and valor, it had given the group its blessing, in effect saying, “You have proved yourselves worthy. The entertainment world is now yours; go as far as your talents and courage will take you. There are no limits other than your own.”

The manager of the Philadelphia Arena was a man named Pete Tyrrell, a quiet person who possessed a dynamo of energy and an indomitable will. He had heard of the discouragements that had befallen the Ice Follies cast, and he was determined to do something about it. The show was too good and the idea behind it too novel to have them fall by the wayside. The Philadelphia stay could well be the deciding point in the ice show’s career. If this city’s support proved to be not greater than that which had been given them in the four previously visited cities, it could well be that the show would “fold” and the members of the cast return home in defeat. On the other hand, if good fortune blessed their Philadelphia stay, it could well prove to be the impetus needed to keep them intact and on the road. Pete decided to do something about it.

All that was needed were customers, he decided, and they could be lured into the Arena only by let- ting them know just what kind of show had been booked for their entertainment. This in turn could be done only through proper advertising. Pete proceeded to exert his best efforts. He let the Philadelphians know the treat that was in store for them if they came to the arena to see the Ice Follies, and the people, believing, came. Instead of playing to empty seats as they had been doing, they performed before a large and appreciative audience who liked what they saw and told others about it. The result was that the second night’s crowd was even larger than that of the first performance. It was clearly shown that people could be induced to attend the unique show and when they did, they would be pleased.

That, in substance, was the lesson that had been taught in Philadelphia. With confidence restored and spirits renewed, the little group gave up all thoughts of quitting and devoted their efforts in producing an even better show. The audience responding in kind, showed their appreciation by applauding, whistling, and stomping their feet. “It was a brand of entertainment that had never before been seen in the home city of the Liberty Bell,” was Eddie’s comment. “They loved it and they asked for more. The members of the cast were fired to a new pitch of enthusiasm and they gave the audience what is was clamoring for. It was a highly advantageous type of thing for both of us.”

Unknown to Eddie, Roy, or Oscar, there were scouts in the audience that evening in Philadelphia who were to play an important part in the success of the new entertainment company. Some time previous to their Philadelphia appearance, Roy had received a request from Madison Square Garden asking him if he were interested in taking part in a special show that was to be held in Madison Square Garden in which he would do a solo act. While he was very much interested, he was forced to wire back that he would not be able to consider their offer as he was on the road with his own show. He informed the Garden agent that he would be in nearby Philadelphia on a certain day in the near future, performing there.

The Madison Square Garden representative, Major Harold Dibblee, contacted Walter Brown, of the Boston Gardens, and the two men decided to see this new Ice Follies road show for themselves. They were both desperate for new talent at their arenas and were interested in the reaction that Philadelphia audiences might have to the show. With Pete Tyrrell, Harold Dibblee, and Walter Brown watching, the rejuvenated and inspired skating group staged their performance. They were astounded by the enthusiast 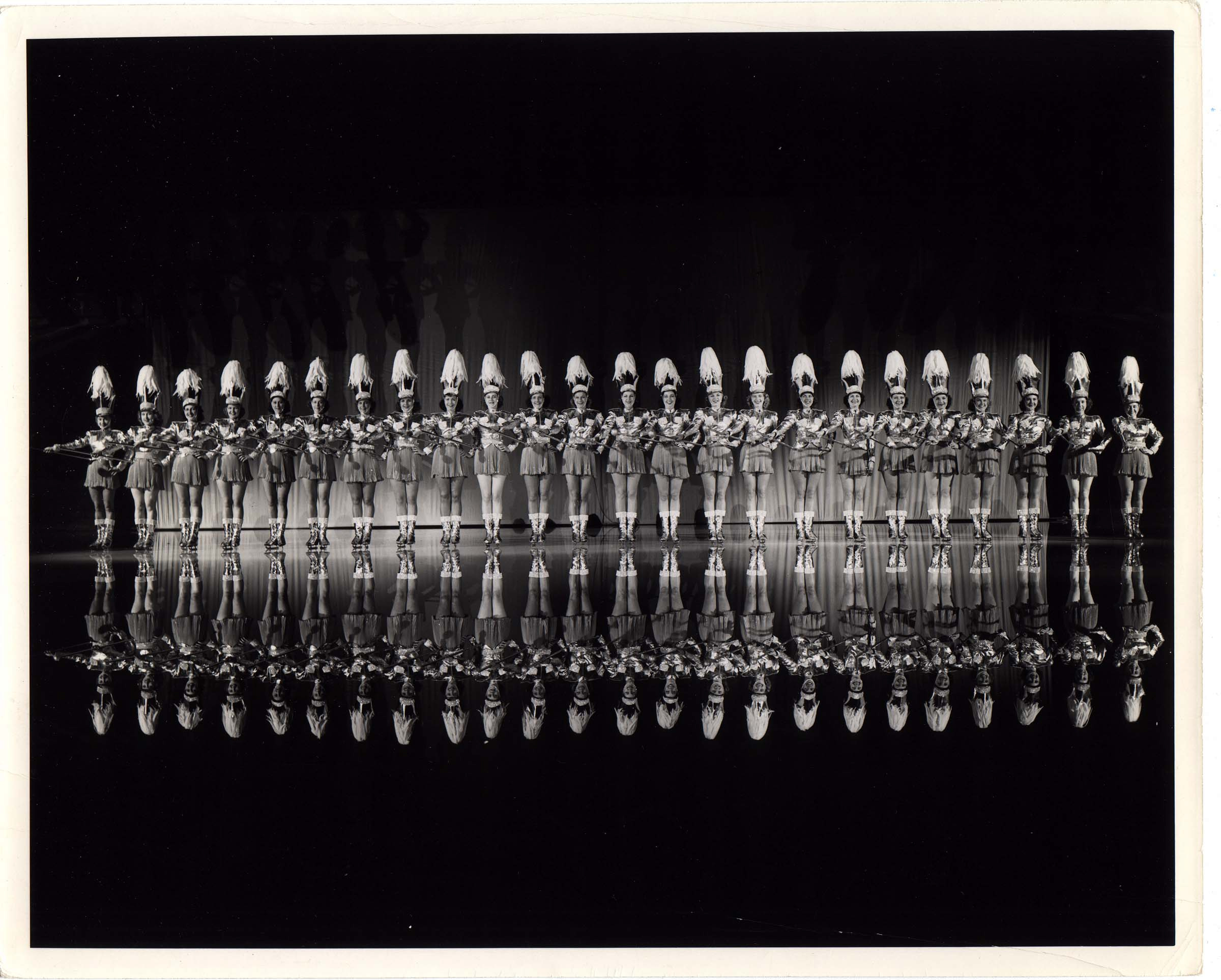 ic endorsement that the audience gave to each number as it was presented, and they lost no time in hurrying to the dressing rooms after the show to talk to the three men. It appeared that not only did the enthusiastic audience provide an answer to the worried Ships tads and Johnson troupe, but it also gave Mr. Dibblee and Mr. Brown a solution to their problem. Both men were responsible for huge arenas and they were desperate for something new and appealing to present to their patrons. The Ice Follies was the answer, in the opinion of both men. Not only would the show be a real attraction in the near future, but it would provide an entertainment that could be returned year after year. Before Mr. Dibblee and Mr. Brown left the Follies dressing room that evening, the show had been booked to appear at both the Madison Square Garden and the Boston Gardens. The Philadelphia newspapers carried the story in full, extolling the ice show and telling of its coming appearances in New York and Boston. In this way the word got around and soon offers were coming in from other arenas as well. It seemed that everyone was interested in not only a current appearance but also return engagements in future years. Within a few days the Ice Follies of 1936 was booked solidly for the remainder of the season and well into the next year.

How Ice Follies Was Saved After a Shaky Start